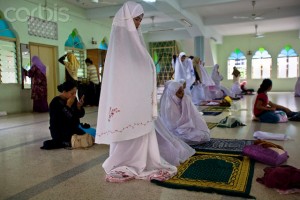 Figure 1A: Muslims in Ramadan strive to strike the right balance between prayer and fasting on one hand and striving to be battle after the month on the other. (Photo courtesy of https://muhajabat.wordpress.com/)

Book of Fasting, its’ Secrets, Important Aspects and What is Related to That

You should know that the fasting has a special aspect to it that does not exist with other actions. The special aspect is that it has been attributed to Allah, Mighty and Majestic, when He, Glorified be He, said in a hadith, “Fasting is for Me and I shall reward him for it.”

This establishes that the virtue of fasting has two matters to it:

So the demons move to that pasture in order to water it; but by leaving passions, this narrows the pathways that they might use to access the slave. There are many narations on fasting that are proof of its’ virtue and these narrations are well known.

Chapter on the Virtues of Fasting

To eat the suhur is praiseworthy and likewise delaying it until the end of its’ time. As for breaking the fast, it should be done immediately and it is best to do so with dates. It is praiseworthy in Ramadan to show magnanimity and do righteousness and give much charity. This is in following the Messenger of Allah, peace and blessings of Allah be upon him.

It is also praiseworthy to study the Qur’an in Ramadan and to also spend time in the Masjid, especially during the last ten nights.

There is an authentic hadith in the two collections of Imams Al-Bukhari and Muslim where `A’ishah, may Allah be pleased with her, narrated, “The Prophet, peace and blessings of Allah be upon him, when the last ten nights of Ramadan would arrive would tighten his waist clothe, stay up in the night in prayer and also wake up his family.”

The scholars when commenting upon the expression, “tighten his waist clothe,” stated that this is referring to two things:

They further state that the reason for this act was so that he could exert himself in worship during the nights when he was seeking out Lailat ul-Qadr.[1]

Exposition of the Secrets of Fasting and its’ Etiquettes

With regard to the fasting of the common people, this is by guarding the belly and the private parts from fulfilling their desires of food and sexual intercourse respectively. When discussing the fast of the elite, these people guard the eyes, tongue, hands, feet, hearing and the rest of the limbs from sins.

The elite of the elite fast and guard the heart from lowly thoughts, ideas far from Allah, the Exalted and the rest of whatever is besides Allah the Exalted. This level of fasting has forms and types that will not be immediately addressed in this place.

The etiquettes of the elite in fasting is that they lower their gaze, guard their tongues from any impermissible or disliked speech or what will not render benefit along with protecting the rest of the limbs.

There is a hadith that is narrated in the collection of Imam Al-Bukhari in which the Prophet, peace and blessings of Allah be upon him, stated, “Whoever did not leave bearing false witness and acting by it, then Allah has no need of him that he leave his food and drink.”

Other etiquettes include that he does not fill his belly in the night but he eats only what is necessary to quench the hunger. The reason for this is that hadith mentioning that the son of Adam does not fill up anything worse than his belly.

The reason for this is that this action breeds laziness and sluggishness. The point of fasting is then negated by excessive eating as the intent of breaking the fast is just to stop hunger but eating to fullness leaves that intention.

You should know that option fasting is praiseworthy and is emphasised on certain days. There are noble and virtuous days throughout the year, such as the six days of Shawwal immediately following Ramadan, the day of `Arafah, the tenth day of Muharram that is called `Ashura,’ the tenth of Dhul Hijjah and also the same day in Muharram.

Some virtuous fasts are monthly, like in the beginning, the middle and the end. Whoever fasted in the beginning of the month, the middle of it or the end of it, then he has done well; but the most virtuous monthly fast is the thirteenth, fourteenth and fifteenth. These are also called the “white moon days.”

Some virtuous fasts are weekly, such as every Monday and Thursday. Then there is the most virtuous fast overall and this is the fast of the Prophet Dawud, peace be upon him. In this fast, the worshipper has one day on, one day off. This accomplishes three goals that are united in one person:

Fasting the whole year has been given discussed in a hadith in the collection of Imam Muslim in which Abu Qatadah stated that Ibn `Umar, may Allah be pleased with him, asked the Prophet, peace and blessings of Allah be upon him, how one should fast the whole year.

The Prophet, peace and blessings of Allah be upon him, replied, “He does not fast indefinitely nor break the fast indefinitely.” This hadith bears upon the fact that one abstains from fasting on certain days.

Thus leaving fasting on the two `Eids, the days of 11-13th of Dhul Hijjah is of no harm at all. It was also narrated from Hisham ibn `Urwah that his father used to abstain from fasting during certain times and likewise so did `A’ishah, may Allah be pleased with her.

Anas ibn Malik, may Allah be pleased with him, said, “Abu Talhah, after the death of the Messenger of Allah, peace and blessings of Allah be upon him, left fasting for forty years.”

You should know that whoever was given intelligence knows the purpose for fasting. He then carries out his actions according to what he can do and what is best for him.

For example, Ibn Mas`ud used to fast very little and would say when asked about it, “When I fast, I am weakened in the optional prayers. I have chosen abundant prayer over abundant fasting.”

Some people when they fast become weakened so that they cannot recite much of the Qur’an so they leave abundant fasts in order to recite abundantly. Every human being knows best regarding his own state and what rectifies his affair.[2]