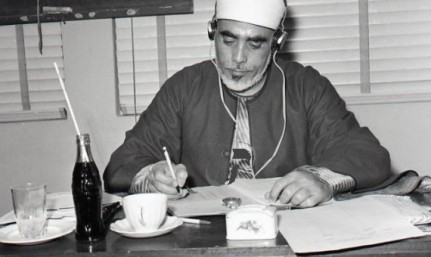 Figure 1A: The Greatest Recorded Reciter to have ever done it. Imam Mahmud Khalil Al-Husari taking some time out.

1. Nafi` al-Madani: Nafi` ibn `Abdur-Rahman ibn Abi Nu`aim (70-169 AH). One of the authentic scholars of knowledge and thought, a great reciter. Nafi` was originally from Isbahan (Isfahan) in Iran and became famous for his recitation. His most famous successors are the following:

a. Qalun: Abu Musa `Isa ibn Mina Az-Zarqi (120-220 AH), freed slave of the Banu Zahrah. Indeed he was the great Qari of Madinah and the chief grammarian of his time.

b. Warsh: `Uthman ibn Sa`id Al-Qibti Al-Masri (110-197 AH), the freed slave of someone from the Quraish and the chief head of the reciters with accuracy and righteousness among the Egyptians.

d. Al-Asbahani: Abu Bakr Muhammad ibn `Abdur-Rahim Al-Asbahani (296 AH). One of the great Imams in the narration from Imam Warsh, he was trustworthy and upright.

2. Ibn Kathir Al-Makki: Abu Ma`bad `Abdullah al-`Attar Ad-Dari Al-Fasi (45-120 AH). A great north African by lineage, Imam of the scholars of recitation in Makkah and undisputed acholar of the Qur’an. His successors include:

a. Al-Bazzi: Abul Hasan Ahmad ibn Muhammad ibn `Abdullah (170-250 AH). Recitor and scholar of the Qur’an in Makkah and Imam in Masjid al-Haram, he was their head of recitation and mu’adh-dhin.

3. Abu `Amr ibn Al-`Ala: Zabbad ibn Al-`Ala’ At-Tamimi Al-Mazini Al-Basri (d. 68-154 AH). He was head of Arabic and Recitation among the people of Al-Basrah. Successors include:

b. As-Susi: Abu Shu`aib Salih ibn Ziyad As-Susi (d. 261 AH). The Great Reciter and Head of Scholars in Recitation in his time.

4. Ibn `Amir Ad-Dimashqi: Abu `Imran `Abdullah Al-Yahsubi (80-118 AH). A great North African by lineage, Imam of the People of Sham in Recitation and Qur’an scholarship. Successors of his include:

a. Hisham ibn `Ammar: Abul Walid As-Sulami (153-245 AH). The head of the scholars of Damascus and their preacher in the Central Masjid.

5. `Asim ibn Abin-Najud Al-Kufi: Abu Bakr, freed slave of the Banu Asad. He is the Shaikh of the People of Recitation in Al-Kufah. He had numerous successors, the most outstanding being:

b. Hafs ibn Sulaiman: Abu `Umar Al-Asadi Al-Kufi. (90-180 AH). He was the most knowledgeable of the students of `Asim in recitation and was well established in his recitation.

6. Hamzah ibn Habib Az-Ziyyat: Abu `Ammarah Al-Kufi At-Taymi (80-156 AH). Torchbearer, explainer of the Qur’an, Pious man and Worshipper of his time. Successors of the Imam include:

7. Al-Kasa’ii: Abul Hasan `Ali ibn Hamzah Al-Fasi (d. 119-189 AH). A North African by lineage, he was declared the chief recitor and preacher in Al-Kufah after Hamzah. The two main successors were:

b. Hafs Ad-Duri: This is the same one mentioned previously.

a. `Isa ibn Wardan: Abul Harith Al-Madani (d. 160 AH). A great recitor and Imam in his time and one of the great narrators.

a. Ruwais: Abu `Abdullah Muhammad ibn al-Mutawakkil Al-Basri (d. 238 AH). Reciter, preacher, teacher and knower of the recitations among the people of Al-Basrah.

b. Rawh ibn `Abdul Mu’min: Abul Hasan al-Basri An-Nahwi Al-Hudhali (d. 234 AH). A great reciter of Al-Basrah in his time and a great scholar among the people.

10. Khalaf ibn Hisham Al-Bazzar: He was one of the successors of Hamzah ibn Habib. His successors include:

a. Ishaq Al-Warraq: Abu Ya`qub Al-Marwazi Al-Baghdadi (d. 286 AH). The rector of the reciters and their institutions in Baghdad.

11. Ibn Mahis: Muhammad ibn `Abdur-Rahman As-Sahmi Al-Makki (d. 123 AH). The chief reciter of the People of Makkah with Ibn Kathir and one of the most knowledgeable of people in Arabic in the city of Makkah.

a. Al-Bizzi: One of the narrators from Ibn Kathir.

b. Ad-Dawri: one of the great narrators from Abu `Amr ibn Al-`

14. Al-A`mash: Abu Muhammad Sulaiman ibn Mahran Al-Kufi (d. 148 AH). He was one of the great recitors among the Imam. This Imam was succeeded by many, including:

b. Abul Faraj Ash-Shunbudhi: Muhammad ibn Ahmad ibn Ibrahim Al-Baghdadi (d. 377 AH). One of the greatest reciters of the Qur’an from Baghdad.