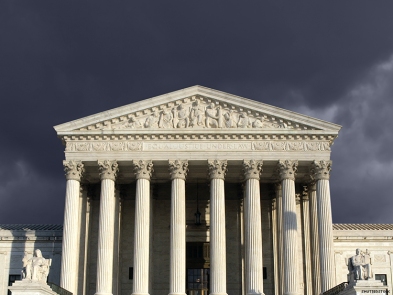 Figure 1A: The Supreme Court building of the United States. This inspired the daughter court in the UK in AD 1997.

Once again, the state – which injected itself into the void left when it destroyed religion in the UK – has demanded absolute allegiance and control over children. This ruling in the UK Supreme Court (which is a rip off of the harlot of New Babylon – the United States) re-asserts that the state is deity and it demand homage amounting to worship in the same way that the Catholic Church did in the past if people took mass lightly.

It is for this reason that I say to people again: do not send your children into the pagan school system. You must either educate them at home or create small networks where families come together and take on this task. You are the ones responsible for this obligation for your children. If you do not do so, you cannot complain when the state makes your children informants and worshippers that tell on you. Please see the article below:

Jon Platt has been found guilty of taking his daughter out of school on an “unauthorised trip” during term time.

According to PA, Platt was found guilty at Isle of Wight Magistrates Court on Friday 23 June 2017.

The dad, 44, from Isle of Wight, had previously been fined £120 for taking his seven-year-old daughter on a holiday to Disney World in Florida in April 2015.

In May 2016, Platt won his appeal against the £120 fine in a High Court ruling, however, the Isle of Wight council asked Supreme Court justices to overturn the decision.

In April 2017, Platt lost the Supreme Court battle over taking his daughter on holiday during term time.

The Supreme Court justices considered whether or not Platt committed an offence by failing to ensure his daughter “attended school regularly”, as required by section 444(1) of the 1996 Education Act.

They ruled that “regular attendance” had to be keeping with rules of the school.

After the Supreme Court made their ruling, the case was returned to the magistrates’ court in the Isle of Wight.

The landmark decision is likely to affect millions of parents’ decisions about taking their children out of school to go on holiday.

It is hoped the Supreme Court will also provide some clarity on how much school can be missed before parents are prosecuted.

A Department for Education spokesperson previously told The Huffington Post UK: “The evidence is clear that every extra day of school missed can affect a pupil’s chance of gaining good GCSEs, which has a lasting effect on their life chances.

“We are confident our policy to reduce school absence is clear and correct.‎

“We are clear that children’s attendance at school is non-negotiable so we will now look to change the legislation. We also plan to strengthen statutory guidance to schools and local authorities.”