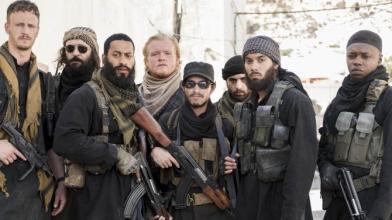 Figure 1A: Part of the cast of the State.

Every now and then you are shown a programme that is extremely below par and you wonder how it made it to production. Men pay thousands of dollars/pounds/euros/dinar/lira to have a production made. Why would you take money and just throw it on the ground and stomp it?

This is just the feeling that one might have for a terrible movie like a thriller/docudrama, political documentary, animal kingdom presentation on National Geographic or a terrible movie depicting the life of Martin Luther, the father of the Protestant Reformation (that movie was so terrible, beating the writers, crew and director would probably be a mercy killing).

Then you have writers and crews taking that next step and making a terrible series. It drones on for seasons with historical inaccuracies, weird plots, individuals that never existed, battles that were not won by one side or even historical figures all speaking American accents.

(were all the prophets from West Hollywood? Why is George Burns cast as the creator of all? Does a short, wiry wizen skinned 100 year old guy fit the bill for execs or was that the compromise of a writer’s guild after a long, drawn out argument?)

But every now and then…once a blue moon…once every 86 years when Halley’s Comet passes by…there is that series that comes out that is so bad, so irretrievably dismal, so unbelievably, inconsolably abysmal that it’s actually…good.

You have a television series that was sent to me that was so niche, kitch and cultish that it might be one of those cult classics you watch…up there with Cheech and Chong, Blaxploitation and early kung fu knock offs that emerged in the Bruce Lee era.

Remember the song that you might have heard on the radio that you despised; but it was put in rotation on top forty in the day. What started out at 6am being hated by you ends with you humming the tune and tapping your feet by 3pm at the close of your working day. The State is just such a case.

The series opens with a gaggle of Pakistanis (where are the Arabs in the UK?) along with one West Indian woman (gotta throw one in for diversity’s sake, don’t we?) gathering up their things and leaving for what looks at first glance to be a camping trip if you look at the sleeping bags piled into the back of the car.

When we next look up, they are crossing over the border at Turkey into Syria. Our heroes heading into the forbidden zone all know Arabic and are fluent (if they didn’t learn in madrasas in the UK or the Islam for Dummies book, how would they know then?).

I love the travel bags the West Indian mother has with her ten year old son. Are they headed to Wales? The Pakistani girl with the pink neon carry on luggage. Oh my, my, my.

By the time they arrive in the Islamic State, they are shown to their rooms and pass injured, dead soldiers while bedding down for the night. We finally see them lined up and praying for one of the few times in the series. Well the Arabs are praying. Not sure about if Pakistanis or Jamaicans (who are supposed to be Muslims) pray at all.

With each Arabic reference made, a small runner appears at the bottom of the screen to help the viewer; sort of like those watch the bouncing ball sing-a-longs from the ’70s. These little runners at the bottom sort of make it between a nazi propaganda reel and those PSAs about condom use that show kids putting a condom on a banana.

One of the British Pakistanis is brought into the presence of an Arab head of the mujahideen (love those spellings!) and is asked his skills. When he says he has memorised the Qur’an and he is made to recite, that young man gave perhaps the worst recitation of Surat ul-Qari`ah I have heard in quite some time (that’s pretty bad considering how many Pakistanis masjids I have attended where this was done).

Ladies get snuggled in after being introduced to their pudgy den mother who gives them instructions on serving men, jahiliyyah, bay`ah and a host of other particulars. The West Indian lady is the only one who asks questions and states opinions. The Pakistanis seem to be obedient sheep with one liners and filler references.

One of the poignant frames has our heroes brought to a town square where Arabs are speaking broken fusha Arabic and setting fire to cigarettes, books and other contraband. The Pakistani youths add their passports and other “bad stuff.”

21 minutes in and we are taking a ride down the boulevard in Raqqa with Jamaican, German, Swedish youths all staring out at veiled women walking the streets. The dialogue of the Jamaican youth with the others, the accents and roles are so damn stereotypical, I laughed outload.

Where was the Native American guy with the big ass headdress? His wife with the headband and the feather in the back? For the life of me, I just wanted to see the Swedish guy say his name was Sven. Damn!

Umm Halim (ishna) is a bright eyed, bushy tailed Pakistani girl who at first wants to go home but then finds her resolve in her new friend Umm Zubair (our token West Indian girl) and as they attend classes together the relationship grows.

Back in the Pakistani dorms, the “brothers” are surprised that the only exemplary white man that can fight is a former British soldier. Therefore the only white convert who speaks coherent English is a spy, an insider. What a great day to be white!

The women in their dorms look similar to movie extras on the set of Flashdance or Fame and yet this is supposed to be a show covering so serious of a topic as people joining Daesh.

The first ends with some sort of re-enactment of what the oath of allegiance (ar. bai`ah) is supposed to be but in reality comes off looking like the scent from Witness to the Mob when Sammy “the Bull” Gravano swore loyalty unto death to the Gambino crime family.

Umm Zubair seems very stilted and untrusting but seems to be the main character for the ladies while the Pakistani guy with terrible pronunciation of the Qur’an seems to be our representative for the men. Like I said. So damn bad, it’s good!