Below is an article that sums up the type of environment Spokesmen for Islam are creating in the Anglosphere. Just know that this is by design and what is below the surface is soon to come to light. 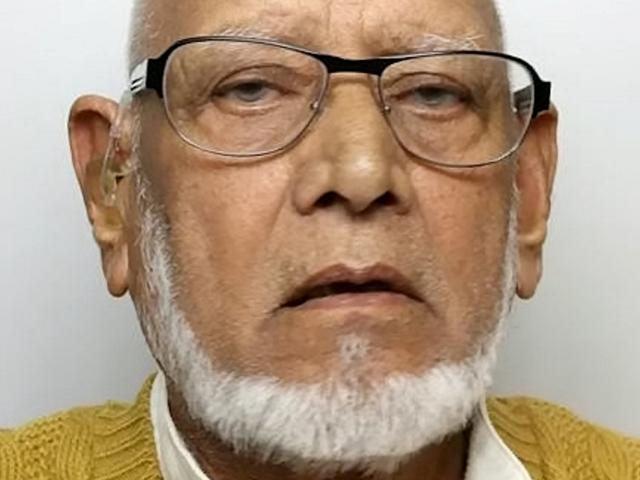 A man has been jailed for four-and-a-half years after admitting fathering his daughter’s three children.

Ashraf Khan was called a “wicked” man by the judge after his illicit children fought for justice for their mother, whose secret was only revealed when she spoke out on her deathbed.

Khan, 81, was arrested after the woman’s husband, who had DNA tests to confirm the children’s parentage, reported the matter to West Yorkshire Police in 2012.

Prosecutor Abigail Langford told the court the complainant was born in Pakistan in the 1960s, one of Khan’s six children.

She married her husband there in the early 1980s, before moving to Bradford, West Yorkshire, to join him and her father.

She went on to give birth to three children in that decade before passing away.

Ms Langford said: “It was on her deathbed she told her husband the defendant was in fact the father of her three children.”

The man did not report the matter to police straightaway, Ms Langford explained: “He wished to continue to act as a father and care for the children he had brought up as his own.”

When the matters were reported to police in 2012, Khan was back in Pakistan and did not return to the UK until 2016.

When he was interviewed in September of that year, the court heard he “denied having any sexual relations with his daughter”.

Ms Langford said a medical report concerning the three children had found various ailments “directly attributed to their incestual parentage,” including an inability to feel certain kinds of pain, resulting in injuries such as burns during their childhoods.

In a joint victim impact statement, the children said Khan’s offending had caused psychological damage and had impacted on their physical health.

They also paid tribute to their mother’s “honourable” husband for his “fortitude and selflessness throughout the years”.

Khan, from Bradford, pleaded guilty to three counts of incest a month ahead of a proposed trial.

His barrister, Nigel Jamieson, said his client suffered from poor health, but accepted a prison sentence would not be unjust.

He said: “He comes to court today knowing that it must be an immediate custodial sentence.”

The Recorder of Bradford, Judge Jonathan Durham Hall QC, told Khan: “You are a very dishonourable and wicked gentleman, we all now see.”

Speaking of how the woman brought Khan’s offending to light, the judge said: “Her deathbed confession, how dreadful that must have been. Unburdening her soul about this awful trauma she had carried with her.”

He told Khan: “Those who do this will be regarded as very serious offenders, but in this case, the harm is off the scale.

“You are of good character, but that is a shallow comment, because you have got away with this for years.”

Judge Durham Hall said the guidelines for an offence of incest gave a maximum sentence of two years, but added the 18-month sentences for each three counts would run consecutively, giving a total prison term of 54 months.

Speaking after the case, one of the woman’s three children said: “We would like this case to bring awareness of incest being committed, and for other people who may have experienced something similar to come forward so that other offenders who have committed similar crimes can be tried through the courts.”

They also highlighted extracts from their victim impact statement, which read: “The only one who was there for us was a man of no blood relation who brought us up as if we were his own children.

“The significant choice and sacrifice he made, we will never be able to be thank him enough.

“It takes a special man to be a dad, as anyone can be a father. He is one of a kind and we will never be able to repay him for what he has done for us.

“The man pleading guilty was life-changing for us.

“He had portrayed a clean-cut image for many years, but secrets cannot be hidden and lies eventually catch up with you.

“The psychological and mental damage he has done is significant to so many lives, especially to our lives.

“It has been a long journey from discovering the horrific acts he committed to his daughter to reporting the matter to the police.

“With the help and support of the fantastic police force and the CPS, today, after many, many years since our mother passed away, we have finally got justice for our mum.”

I received the news today of the death of the Shaikh, the Pole, the Lamp of Truth, Shaikh Murabit Al-Hajj and was left with so many emotions and ideas in my mind; but one stood out that I often get from people: What does it mean when a scholar dies?

This can be answered from many different angles and I want for the readers to understand that when a member of the leadership of the Muslims dies, it is a big deal. The marja` people occupy a huge part in our lives with regards to spiritual and temporal matters along with the right interpretation of the Religion.

In Islam books are important but the safeguarding of the proper interpretation of the Religion is locked up in the presence of people. The wicked and the unrighteous knew this as well; this is why when they sought to try to harm Muslims, they didn’t burn books initially. Instead… they killed scholars.

Knowing that by taking away the access to the past and the torchbearers of light, this would leave nothing to the laity that they could cling to in times of distress and confusion, the tyrants were eager in their quest. This is part of what it means when a scholar dies.

This is not when your local imam, Friday preacher, Thursday pamphleteer or Saturday scream box at the da`awah table dies. Their deaths are a relief and a lifting of a burden from the Muslims in masse; but when one of the marja` people should die/be killed, then this is huge.

When a marja` figure dies in these days and times, there is no ONE person to replace him; instead five or more people have to scramble and gather themselves in order to fill the gap. Take for instance the death of the great marja`, Imam Ibn Rajab Al-Hanbali (d. 795 AH), who self abdicated and later died. His void was so great that he had to have his duties fulfilled by Imams Ibn Muflih Al-Maqdisi (d. 763 AH) and Ibn ul-Lihhaam (803 AH) and they struggled.

When a scholar like this dies, the void sometimes has government scholars, liars and the ignorant inject themselves to fill it. This happened when Mahmud Shaltut – a Mu`tazilah cultist at the time – came and usurped the rightful post belonging to the Shaikh ul-Azhar. The confusion that this caused and how much the office of Shaikh ul-Azhar was besmirched cannot be enumerated at this point in time and belongs to another article or research.

The death of a scholar like this leaves common believers bewildered, saddened and feeling increasingly alone in a world of wickedness. The brother that informed me of the death of Shaikh Murabit Al-Hajj had a heavy heart, great sadness and had actually been planning on visiting the late Imam this year. Slaves of Allah try to find out the wider sense of the death. Is this an indication that the Lord is displeased with us? Has the Hour come even closer? Does this signal a punishment is about to be unleashed upon a group of Muslims in that area or upon those who are heedless?

All of these things leave people to wonder. The death of a scholar of this kind leaves one with food for thought and reflection. When this happens, Slaves of Allah will ask what should be done. Yes, the mourning is to be done, the prayers and so forth; but what else should be contributed to the legacy that this scholar left behind?

As that scholar lived, so you should live. If your will isn’t written, then it should be. If you find yourself falling into heedlessness, then combat it. If you see others need your assistance, then offer it. Your life should be dedicated to leaving behind a legacy that will stand long after you have died.

When we gaze upon a demolished building, we often see nothing remaining afterward but the footprint. Where a 100 floor building might have stood we see a huge footprint. If they decide to build a new building there or a set of buildings, planning must begin right away and the right workers must be called in to complete the job. It wont be anything like the previous building but it or they will fill the space…eventually.

If nothing will be built in its place, it might take weeks to fill in the massive and gaping hole that was left when the previous building ceased to be. The area will be cordoned off, signs put up warning of the dangers of trespassing and the successive workers must pick up the pieces. It remains as a sign to any in the area that saw it come down.

And this is what it means when a scholar dies.