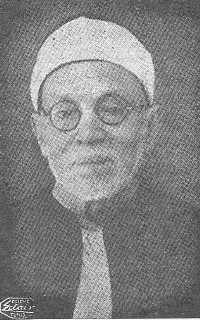 Imam Muhammad Al-Khidr Hussain (d. 1377 AH), may Allah have mercy upon him, said the following:

The translation of the Qur’an depends on certain considerations. The Qur’an has within it decisive ayat that indicate its meanings clearly and without elaboration needed. The Exalted One said,

You should know that there is no god but Allah. Then seek forgiveness for your sins.[1]

There is also the statement of the Exalted One:

Allah has taken neither child and nor is there with him any other god.[2]

Then there are ayat which indicate the Oneness and Uniqueness of Allah, most of the ayat of creed, judicial punishments, commands and the like. Consider the words of the Exalted One:

So establish the prayer and discharge the Zakah.[3]

These ayat can surely be translated according to their meaning and someone who does not know Arabic can easily establish the understanding and glean what is being said.

There then ayat which cannot be translated except by their commentary, an example being an ayah that is dual in meaning that carries an indication for another meaning. An example of this would be the statement of the Exalted One,

Those that have received the pronouncement of divorce shall wait for three quru’.[4]

The single of quru’ is qar’ and it has two meanings: (1) the monthly cycle and/or (2) the period of purity. So does the meaning in the ayah indicate three monthly cycles or three periods of purity?

The one who will translate it will render it based on one of those two meanings. And this translation will be based on the meaning he understood from the commentary of the ayah of the Qur’an.

I have already written on this subject in the Al-Azhar magazine in the first year I worked on it.