We now look forward into our tenth month, Shawwal. And more precisely it is 1 Shawwal 1440 AH. This month of Ramadan and the days after reminded me of one principle that kept being emphasised.

Just what exactly are we fighting for? We are fighting for the theology of our ancestors that has been passed down infallibly to us from the beginning to now. Nothing else matters if you do not have that. 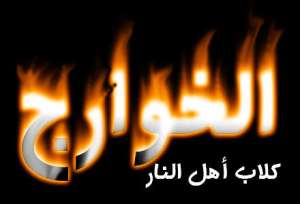 After all of Arabia fell in submission to Islam around 10AH, it was crucial that this principle was preserved. The Khawarij attempted to raise their hands but were stamped back down. They would not manifest until some time later.

In the time of the Imam of Muslim Orthodoxy, the cults were the challenged that asked us to confirm what we were fighting for…it was our theology. The cults were fine with a watered down theology that allowed coexistence with an agreement of peaceful acknowledgement of each other’s sects. This was rejected.

If truth is truth, then people must suffer for it. At the end of all of this, only one true theology appeared, namely that agreed upon from the Companions in the time of Ahmad, peace and blessings of Allah be upon him, to the final Ahmad and the second Siddiq, namely Imam Ahmad ibn Hanbal. 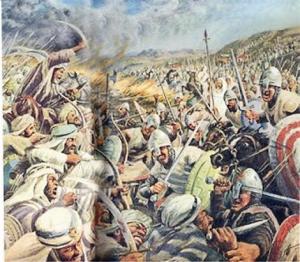 The Christian invasions that brought the Crusaders to us made us ask: What are we fighting for? It was the theology of our ancestors that we are fighting for and with this as the basis we would not compromise with Christianity. It was a false religion and that was it.

They would finally be expelled from the area around the late 600s by Baybars. The area would not suffer another invasion and ravaging until some 800 years later by General Allenby from England. 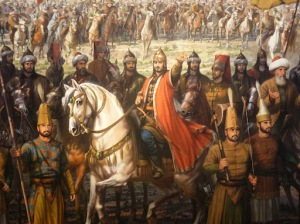 The Tatar invasion from 656-660 AH upon until their being rebuffed and retarded by the armies of Islam brought the following question to us: what are we fighting for?

It was the theology of our ancestors. The Tatar were fine with a religion that agreed with their own or an Islam in which they could practice the old gods and also this one that they would add as long as we stopped calling their religion false.

This was denied. And out of the ashes of the ruins of Baghdad and selected cities across Sham and Afghanistan, Imams fought against them along with the laity, physically and with words in books. There is but one theology and no compromise would be made.

We would face the Catholic Inquisition from the 800s on in the Iberian Peninsula and many of us – rather than compromise – left or faced certain death. The theology of our ancestors was at stake and we would not retreat from the principle. And this is the truth of the matter. 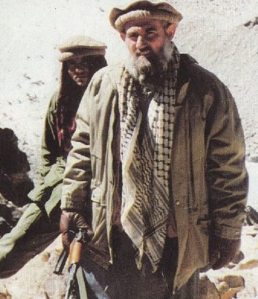 Then came the Great Afghanistan War in 1400 onwards in which 2 million and more people shed their blood to repel at the time the godless, unsightly and bestial Russian army. What were we fighting for? It was nothing more than the same theology that had been before. It was the theology of the laity and nothing more or less.

We face the same kufr in this day and age and it is the same desire for ecumenism and religious indifferentism that has always been. And we reject this kufr, atheism, ecumenism and the like with the same gusto as we did previous.

If you find yourselves compromising on your most fundamental principles or you don’t know the difference between your theology and false religions or cults, you have to ask yourself: What are you fighting for? If nothing, you have nothing.

If you are fighting for something, make sure you are on the right side of the conflict. Everything, including eternity is on the line.

Below is an introduction to fiqh, the importance of knowledge and how to use fiqh in a way that benefits oneself and others.

This presentation on adoption and abortion is the clearest, most concise and unapologetic that I have seen. It represents what a real conversation should be about these matters without unnecessary prologue.

As can be seen, this is a the era of a rising giant, namely China. This is inevitable and cannot be reversed. The US is no longer what it was (especially with China winning the two proxy wars of Korea and Viet Nam) on the world stage. No power in history has ever reached the point of decline and came roaring back. We are witnessing momentous times today.

The following video is the continuation of the debate on Cultural Marxism, whether it is an outcome of actual Marxism and Jordan Peterson’s credentials to discuss and debate the topic. Please take a look as while we continue to watch the implosion of America, different things are being blamed for the collapse.

All of this changes when you go into the US prison system. The fact that someone might believe this is viable and wiser is completely irresponsible.

Also included in this is the discussion on shipping MIGRANTS to the Guantanamo Bay facility, which brings them closer to being classed as enemy combatants. Please check out the debate on the topic.