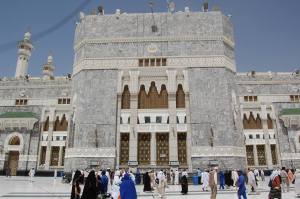 Figure 1A: The approach to Al-Masjid ul-Haram.

Imam Ibn Rajab Al-Hanbali (d. 795 AH), may Allah be pleased with him, continued in this section by saying:

Whereas Allah, Glorified and Exalted be He, placed in the hearts of the believers earnest desire to see the Sacred House and not everyone was able to see it every year but it is compulsory on the one who is able to make Hajj atleast once in his lifetime.

The first ten days of Dhul Hijjah are sure to have the supplication answered,

Go forth to seek your reward earnestly and not have your deeds hampered!

Is it not the case that there is no time better than this,

In which the doers of good deeds expend themselves and do not miss?

The nights of these first ten days are true and filled with blessings for all,

Well then everyone believer should seek out the goodness, one and all!

Beware of disobedience during this time as it hampers forgiveness in the times of Mercy descending.

Imam Al-Marrudhi has narrated in his Book of Abstention with a chain from `Abdul Malik ibn `Umar from a man – either from the Companions or their students – that someone came to him in a dream in the first ten nights of Dhul Hijjah and said,

“There is no Muslim that enters into these ten nights and is forgiven every day five times except the people of frivolity. So such people like this, who play chess, die in frivolity.”

So the playing of chess mentioned is a hindrance to forgiveness and the one who constantly commits major sins that are agreed upon as being impermissible.

So obedience to Allah should be the most important of good deeds to do,

Be obedient and not disobedient, that will be a protection for you!

Nothing but disobedience destroys the souls of men,

Stay away from what you were forbidden, so you don’t become one of them!

If there is one thing that could do you real and true harm,

You must surely avoid it, whether it be near or far!

Let the slave seeking protection avoid all acts of disobedience,

In order to be responsible, be righteous and practice abstinence!

Abstinence in that he obeys Allah and is with the people at rest and joy,

Without falling into disobedience and being deceived by every ploy!

Your brothers in these days have taken on the ihram, intended heading to the Sacred House and filled the swelling crowds with exclamations of talbiyyah, Allahu Akbar, La ilaha illallah and Al-Hamdu lillah and extolling the Grandeur of Allah.

They have gone forward while we have remained behind. They have drawn near while we remain far.