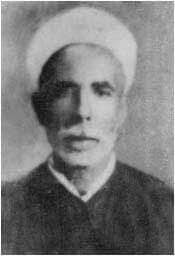 So in the interim of dealing with the situation of the state of Muslims in the United States, Canada and the UK, we had to contend with a very strong contingent of cultists in the early ’90s. This in particular was Salafiyyah. It came and undermined brothers that had previously been of one accord.

Before their arrival, it did not matter what madhhab of fiqh we were. I ate with brothers who were primarly Malikis and Shafi’iis and some of us were Hanbalis (some of the fruit of the students of Shaikh Abdullah ibn Muhammad Al-Khulaifi and also others) and it made no substantive difference.

When Allah blessed us, we prayed together in jama`ah for tahajjud and also would go jogging after Fajr. In matters of theology however we were of one accord. We had no disputes and our theology was soundly based upon that of the First Three Generations and nothing else.

Up and down the West Coast were social programmes and also Zakat ul-Fitr drives in which the wealth from the Zakah was divided up, food was purchased and we went and distributed it.

I never remember a time, from my youth, all the way to before leaving the US that we did not distribute it in the form of food. Converts were slow but dedicated and grew maturely into upright believers.

Then Salafiyyah arrived. There came the takfir, the denouncing of the madhhabs (remember this is before the time that people would start making the distinction between creed and fiqh with statements like: “I am salafee in aqeedah but hanafee in fiqh” at this time if you were following a madhhab you were running COUNTER to Salafiyyah and you had “manhaj issues”).

The theology discussions went crazy and two Trinities were introduced to Muslim brothers: (1) in day to day life and (2) in creed. The first was Bin Baz, Uthaimin and Al-Albani. With respect to the second, it was the three Tawhids.

Then on the back of that came the discussion of Tawheed ul-Hakimiyyah as per the Jihad Fikrah and Shaikh Umar Abdur-Rahman. Is it three or four? Three or four? We insisted ONE.

It was not just this but Salafiyyah ruined people’s knowledge of fiqh and worship and it caused catastrophic effects. You were either upon Salafiyyah or you were one of “the callers to misguidance”. Then Salafiyyah started to fade as a new group came into the forefront. They weren’t Shi`a people (they started to get popular around the same time as Salafiyyah and it caused the whole Salafi/Shi`a rift. We choose the third option of neither and tribulations ensued).

This new group came in and started to demand that people follow madhhabs. When I visited the Bay Area, I saw that there was some return to the study of fiqh but much of it was hollow. The cult of the trinity of three and sectarianism was replaced by another thing. Introducing the new trinity.

Now everyone had to be Ashari/Maturidi/Sufi vs Salafi or nothing and we choose the third option, which was to not be part of it. This tore what had already been split into more pieces. The Zakat ul-Fitr drives had stopped, the da’awah had stopped (this is strange because they claimed to be calling people to the truth of Islam, just like Salafiyyah) to a trickle.

The converts that were coming in were in large butter like dollops but they were arrogant, violent in some instances and haughty to others that differed with them. All of a sudden, you had to have bai’ah to someone, had to be linked with this and that, had to make takfir on these groups (just like Salafis). Then another reality came into fruition: Ashari/Maturidi/Sufi vs AICP/Sufi vs Salafiyyah.

What the…? Marriages fell apart, brotherhoods were torn asunder. Those of us that had stuck to our guns found ourselves often on the rim with a confused congregation. “I am just trying to perfect my salah, akhi. What the hell is an anthropomorphist?” The brother asked surprised, not sure what the word even meant.

Imaginary enemies that were little more than shadows and phantoms were fought and for what? Nothing came of it. More people fell away. Then I left to go to ma’ahad, leaving the US and Canada (the same thing had reared its head in the Afghani community but I think their stridency kept it at bay; while in Mexico the people just wouldn’t allow it to get a foothold. This was in the Yucatan Peninsula many years ago so I don’t know what it is now).

It was in London. Those of us who were students of knowledge managed to just steer clear of it for the most part, although there were occasional flare ups. Then I became resident in a small city and it started there. People there theologically were of one accord, then it started.

This foolishness reared its head yet again. People theologically were of one accord and then the tribulations began. Now brothers started being divided up. I tried to stop it but was unsuccessful because the cavity had gone too deep. Now it was in the roots.

This same Ashari/Maturidi/Sufi vs AICP/Sufi vs Salafi ruined everything once again. And all the battling threatened to drag everyone into the mud. No one became anymore knowledgeable than they had been and instead they had regressed.

One thought on “AND SO SHALL IT BE…”