A terse but informative article on the Texas bomber

There is intense focus on the bomber’s background as police search for clues on his motive for the attacks.

By Greg Milam, US Correspondent

The moment Mark Anthony Conditt turned on his mobile phone signalled the beginning of the end of his reign of terror as the Austin serial bomber.

The life and background of the unemployed, former computer repair shop worker is now being trawled for hints of what drove him to kill.

Police had already identified the 23-year-old as their prime suspect in the three-week series of explosions in the Texas state capital that killed two and injured a number of others.

Records of the online purchase of an unusual type of battery found in each of the explosive devices pointed police in Conditt’s direction.

Time-stamped images from a security camera at a FedEx office in the Austin suburbs – where at least one device was posted – brought them closer to their target. 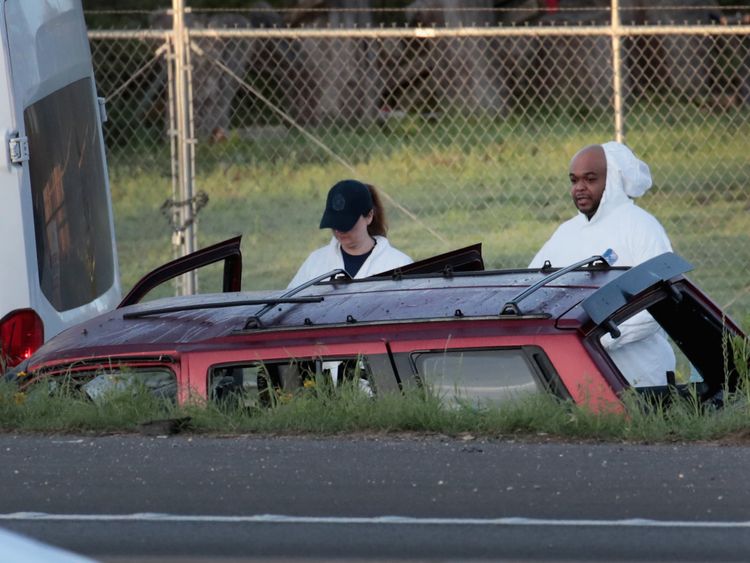 Image:Police search the car where the suspected Texas bomber died

They had already narrowed their search by tracing the mobile phone signals of people who were in the area of the bombings at the time they happened.

And when Conditt turned on his mobile phone on Tuesday he inadvertently led police to his location.

As police closed in, outside of a hot tub dealer on Interstate 35, Conditt appeared to have ended things himself.

There is now intense focus on Conditt’s background as police search for clues as to his motivation for the bombings.

Neighbours in the town of Pflugerville, half way between Austin and the spot where he died, described him as seeming “smart” and “polite”. 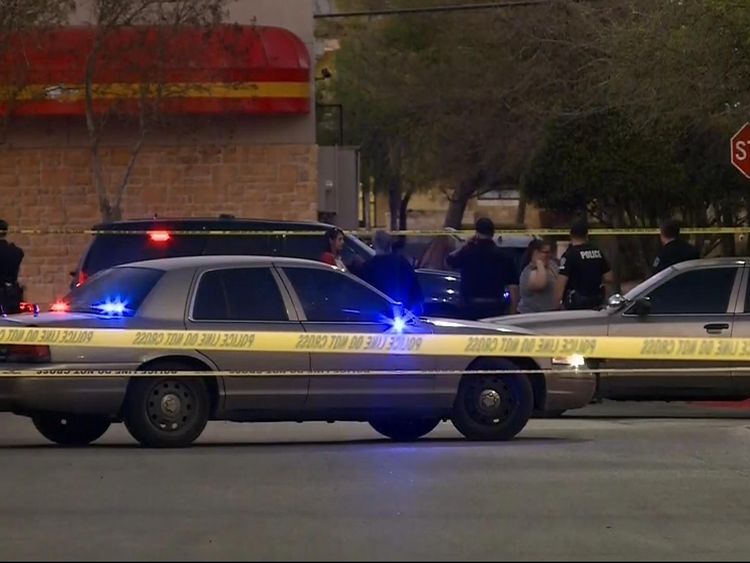 Image:Conditt had ‘gone dark’ in the days before the bombings

Conditt, who studied at Austin’s Community College but did not graduate, did express strong views on a range of subjects in blog posts as part of his studies.

In posts under the heading ‘Defining my stance’ from February to May 2012, he writes about “why gay marriage should be illegal” and expresses anti-abortion and pro-death penalty views.

He also suggests the sex offenders’ register should be abolished.

In his profile he says he enjoys cycling, parkour, tennis, reading and listening to music.

He describes himself as “not that politically inclined. I view myself as a Conservative but I don’t think I have enough information to defend my stance as well as it should be defended”. 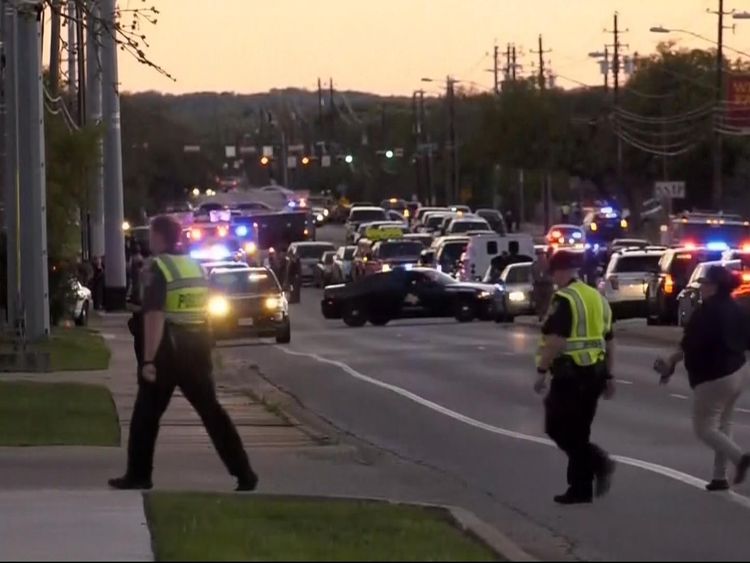 Image:Conditt expressed strong views on a range of subjects in blog posts

But beyond those posts six years ago, when Conditt was a teenager, there is little online to hint at his views or personality.

The governor of Texas, Greg Abbot, has said Conditt had “gone dark” online in the days leading up to the bombings.

He had not served in the military, leading to suspicion that he went online to learn how to make sophisticated explosives devices.

America is well used to searching for answers about why young men carry out terrible crimes. They are doing it again.

Where a mother’s proud Facebook post about her son graduating from high school, and talking hopefully of him taking a mission trip, becomes a window into the background of a serial bomber.